This post is based on an email that was sent and in no way reflects the views and opinions of ''Met'' or Jamaicanmateyangroupie.com. To send in a story send your email to likeacopcar.78@gmail.com
July 7, 2016 12:02 pm

I AM OFFICIALLY DONE WITH FOX NEWS

Fox News Host Shares Photos of Barack Obama at Muslim Wedding
O’Reilly shared the photos on his show Wednesday, saying they were taken at Obama’s half brother Malik’s wedding. He said Obama’s “emotional attachment to the Muslim world has hurt the USA.” 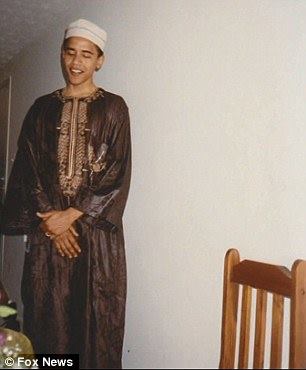 Bill O´Reilly has released previously unseen photos of Barack Obama in Islamic dress claiming they were taken at his half-brother´s wedding. The Fox host said it was ´very difficult´ to verify the exact location of the photographs, but claimed they were taken in Maryland in the early 1990s. The photos have not been independently verified, but O´Reilly used them in a monologue alleging the President´s ´deep emotional ties´ to Islam have stopped him effectively combating terrorists. (Photos) O´Reilly claims the President has consistently failed to identify the terrorist threat facing America, has allowed ISIS to run amok in the Middle