This post is based on an email that was sent and in no way reflects the views and opinions of ''Met'' or Jamaicanmateyangroupie.com. To send in a story send your email to likeacopcar.78@gmail.com
June 3, 2013 7:08 am 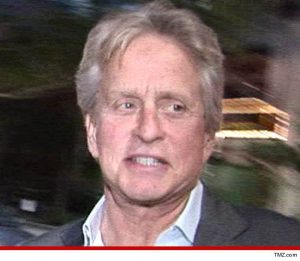 Michael Douglas says his near-death bout with throat cancer was caused by an STD he picked up while giving oral sex. TMI, Michael!!!!

Douglas was diagnosed with stage 4 throat cancer back in 2010. He underwent weeks of radiation and chemo.

He has been cancer free for over two years..