This post is based on an email that was sent and in no way reflects the views and opinions of ''Met'' or Jamaicanmateyangroupie.com. To send in a story send your email to likeacopcar.78@gmail.com
July 15, 2016 7:10 am

The authorities in Idaho charged a transgender woman this week with secretly taking pictures of an 18-year-old woman changing in a Target fitting room.

The national retail chain drew praise from transgender advocates and condemnation from conservative groups when it announced in April that it would allow customers to use the restroom or fitting room corresponding to their gender identity.

Officers from the Bonneville County Sheriff’s Office were called to a Target in Ammon, Idaho, on Monday evening by a woman who said she saw someone reach over the wall separating the fitting rooms there with an iPhone taking pictures or a video.

After interviewing witnesses and reviewing surveillance footage, detectives on Tuesday arrested Shauna Smith, 43, on one felony count of voyeurism, according to the sheriff’s office. She was booked into Bonneville County Jail as a male, using her legal name, Sean Patrick Smith. The 18-year-old told the authorities she had been trying on swimwear when she spotted the iPhone, according to a court document obtained by EastIdahoNews.com.

Her mother confronted the suspect, who fled on foot. Both later identified the voyeur as a white man wearing a dress and blond wig, according to the document. Another witness reported seeing the suspect leave in a vehicle that was later discovered to be registered to Ms. Smith. 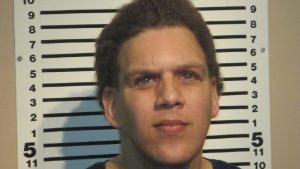 Ms. Smith’s roommate confirmed to police that she is, indeed, a transgender woman and identified clothes worn by the suspect in surveillance footage as belonging to Ms. Smith, according to the document.

According to the document, an affidavit of probable cause for warrantless arrest, Ms. Smith told a detective that she had made videos in the past of women undressing for the “same reason men go online to look at pornography.”

According to the detective, Ms. Smith said that she gets sexual gratification from such videos and later showed the detective a video of a woman changing in a Target fitting room. Ms. Smith is represented by a public defender.

Target, which has 1,792 stores nationwide, said in a statement that it was committed to creating “a safe and secure shopping environment” and that it immediately cooperated with local law enforcement as soon as it learned of the case.

In a statement, Greg Scott, a spokesman for the conservative Christian group the Alliance Defending Freedom, said that while the group recognizes that most transgender men and women have no bad intentions, policies granting them access to the bathroom of their choosing “make girls and women more vulnerable to those who do have bad intentions.”

Mara Keisling, the executive director of the National Center for Transgender Equality, an advocacy and education organization based in Washington, said such arguments are distractrions.

“This has nothing to do with whether or not I should be allowed to use the bathroom in a restaurant, whether a first grader can use the bathroom, whether a high schooler can play school sports,” Ms. Keisling said. “If this person was a voyeur they will be dealt with by the legal justice system the way they deal with voyeurs.”