This post is based on an email that was sent and in no way reflects the views and opinions of ''Met'' or Jamaicanmateyangroupie.com. To send in a story send your email to likeacopcar.78@gmail.com
December 30, 2015 11:02 am

It marks the first time charges have been officially brought against the beleaguered comedian, who has been accused by upwards of 50 women.

He added, “Pills were provided. Wine was provided. The victim was frozen, paralyzed. A person in that condition is not able to give consent.”

“The evidence is strong and sufficient enough to proceed with the charges,” Steele added. The decision by his boss, just elected new District Attorney Risa Vetri Ferman, reverses a decision by her predecessor who had ruled that there was not enough evidence to warrant an arrest.

Constand expressed gratitude via her legal team for the “consideration, courtesy and professionalism” of Steele’s team. Then she said she would not comment further. 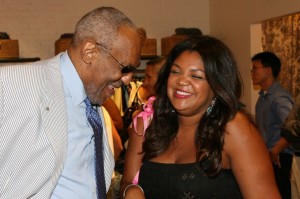 Cosby, 78, is expected to be arraigned in front of a magistrate in Elkins Park, Pa., at approximately 4 p.m. ET.

Calls to his spokesman, Andrew Wyatt, and his legal team spokeswoman, Monique Pressley, were not immediately returned.

The case dates from 2004, and under Pennsylvania law, prosecutors have a 12-year deadline to bring charges in a sexual assault case. The statute of limitations is due to expire at the end of January.

Constand accused Cosby in 2005, alleging he drugged and sexually assaulted her when she visited his home in Montgomery County outside Philadelphia in 2004. But the county prosecutor then declined to charge him, saying there was not enough evidence by the time she went to police.

So Constand sued him in civil court instead. That suit was settled a year later and the results were sealed, including a three-day deposition of Cosby. But this year, after dozens of women had come forward accusing Cosby of drugging and raping them in episodes dating back to the mid-1960s, a judge released part of the deposition, and more leaked later.