This post is based on an email that was sent and in no way reflects the views and opinions of ''Met'' or Jamaicanmateyangroupie.com. To send in a story send your email to likeacopcar.78@gmail.com
January 16, 2015 7:12 am 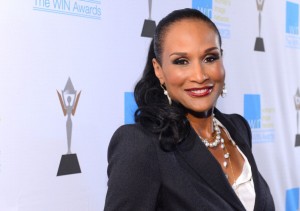 As comedy legend Bill Cosby (pictured) continues to sink further in to the infamy of allegations from 30 or so women who are accusing him of past sexual atrocities, veteran Hollywood talent manager Don Gibble is speaking out. Gibble told The Daily Caller that former model and client Beverly Johnson , who also claims that Cosby allegedly drugged and assaulted her, lied about her meeting with the media tycoon.

Johnson, who was the first African-American model to grace the cover of Vogue, recounted her allegedly frightening Cosby encounter in Vanity Fair Magazine recently, stating that she met Cosby at his brownstone in New York City after landing a gig on his highly rated “The Cosby Show.”

After chatting a bit, Johnson claims Cosby offered her a cappuccino that was spiked, and after she called Cosby everything but a child of God, he allegedly picked her up, dragged her outside, and flung her in to a cab.

According to Johnson, she is only coming forward now because she wants to encourage other victims to come forward and to tell their stories.

Gibble, who reportedly goes back 20-something years with the striking beauty, claims, however, that he heard the famous Cosby meeting story told several times over by her and not once did she ever mention how Cosby had ever tried to drug her. As a matter of fact, Gibble contends Johnson told him that Camille, Cosby’s wife of 50-plus years, was present at the non-eventful brunch meeting.

“She said she had brunch with him and his wife, and it was a great experience. And then on ‘The View,’ it flip-flopped,” Gibble said, referring to Johnson’s recent appearance on the popular ABC-TV daytime chatfest. “It was odd to me that she changed her story. She said [she was] drugged and raped. I just remember that was not the conversation we had. And we had it repeatedly. It was brunch. It was just one time. It was a typical nice pleasant experience. It can be easily proven that Camille Cosby was at that brunch, so it was kind of dumb for her to lie.”

Gibble told the news outlet that her personal meeting with Cosby had actually taken place only once.

Johnson also told the former manager that she and Cosby would only run in to each other at functions, such as NAACP affairs. According to Gibble, Johnson even listed Cosby as one of the Hollywood producers that she had a good relationship with and hoped to work with again. “Basically, she only had a good experience with him, so if he had been producing something at that time, I could have easily called that office and gotten her an appointment.”