This post is based on an email that was sent and in no way reflects the views and opinions of ''Met'' or Jamaicanmateyangroupie.com. To send in a story send your email to likeacopcar.78@gmail.com
June 2, 2016 6:37 pm

16 YO KILLED WHILE BABYSITTING

A teen was shot and killed in East Flatbush Tuesday, and elected officials are denouncing the type of gun violence that took her life.

Police say the 16-year-old girl was baby-sitting her cousin when she was shot once in the chest. She told authorities who had shot her moments before she lost consciousness and died.

According to police, Shemel Mercurius was found on the sixth-floor of an apartment building on Brooklyn Avenue around 6 p.m. Tuesday. Police responded to a call about shots fired and found Mercurius losing consciousness and with a gunshot wound. They rushed her to Kings County Hospital, where she later died. 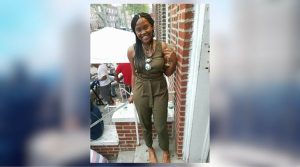 At a vigil Wednesday, Mercurius’ father broke down in tears. At the same event, lawmakers portrayed gun violence as an epidemic in the city. They also called on the gunman to turn himself in.

Police say Mercurius was watching her 3-year-old cousin at their apartment at the time of the shooting, but the child was not harmed.

They say Mercurius’ boyfriend is a prime suspect in the case, and they are working to locate him, but police have not yet confirmed whether the boyfriend was the one Mercurius identified before she lost consciousness.

Mercurius’ mother lives in her native Guyana, and family members say they’re worried she might be kept out of the United States due to visa restrictions as the family mourns.