This post is based on an email that was sent and in no way reflects the views and opinions of ''Met'' or Jamaicanmateyangroupie.com. To send in a story send your email to likeacopcar.78@gmail.com
June 5, 2013 6:55 am

IT IS ABOUT TIME! 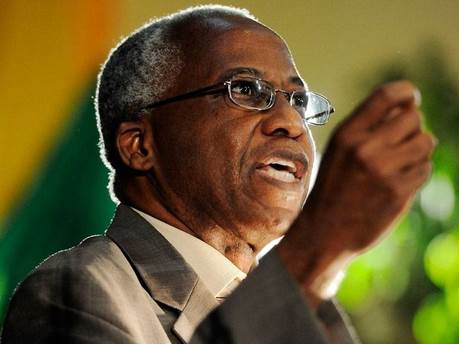 Anglin: There are some of us in this country who are prepared to die for the truth.

Amid recent claims of human rights violations from gay rights activists, executive director of the Church of God in Jamaica Lenworth Anglin has indicated that the Church will continue to vigorously oppose efforts from the homosexual community to have the country revise its buggery laws.

Anglin, who was addressing a crusade put on by the Errol Rattray Evangelistic Association on Sunday night, declared in the presence of a number of other high-ranking clergymen that “some of us” were prepared to die in their efforts to ensure that the gay lifestyle is not accepted in Jamaica.

“How many of us are prepared to stand in Jamaica in 2013 against the background of what we have heard; against any ruler, any leader, any political party?” Anglin questioned the congregation at Christian Fellowship World Outreach in Kingston.

“There are some of us like, Peter and John, who will confront them (gay rights activist), whomever they represent. There are some of us in the evangelistic thrust … in this country who are prepared to die for the truth,” Anglin said while being cheered on by vice president of the Jamaica Association of Evangelicals, Dr Peter Garth; international evangelist Errol ‘Dee’ Rattray and other high-ranking clergymen.

Anglin’s statement came on the heels of comments by Reverend Al Miller who last week came out in defence of Television Jamaica (TVJ) and CVM Television’s decision not to air a gay rights advertisement.

Gay rights activist Maurice Tomlinson has taken the two TV stations as well as the Public Broadcasting Corporation of Jamaica to the Constitutional Court, seeking a declaration that the defendants’ refusals to air a paid advertisement promoting tolerance for homosexuals in Jamaica amounted to a breach of his constitutional right to freedom of expression.

Last week Miller said “scores of concerned pastors and leaders” had declared that they would “mobilise and resist any attempts to tamper with the Constitution as it relates to the buggery law”.

He said the current Charter of Rights sufficiently covers and protects the rights of all citizens.

On Sunday Anglin pointed to a previous comment he made last year when news broke that United States President Barack Obama declared his support for gays to be legally married. Anglin said that he continues to stand by the statement he made then in opposition of the lifestyle.

“President or no president, the Bible is our rule of the evidence of faith. This Crusade comes at a time when there will be a sifting of the cowards. But do know that some of us will stand on any platform, in any part of Jamaica and declare our God is the only true God and His Word stands forever and ever,” the clergyman shouted from the platform.

He added: “I stand to declare, based on evidence, evidence in scripture, evidence backed by history. No negotiation, if you standing up for God, stand up for God.”