This post is based on an email that was sent and in no way reflects the views and opinions of ''Met'' or Jamaicanmateyangroupie.com. To send in a story send your email to likeacopcar.78@gmail.com
August 18, 2013 9:15 am 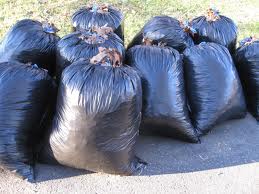 FIVE homosexuals who found themselves on the wrong side of the law, brought excitement to proceedings in the Corporate Area Resident Magistrate’s Court last week.

Two of the men who took over an unoccupied house in the upscale community of New Kingston, were slapped with two-year prison sentences, while another, who was among three men involved in a melee with the police, created quite a scene in the courtroom after they were remanded into custody.

Andre Harris, 21, of Wickham Avenue in Kingston 6, and Nicalus Bryce, 20, of Cumberland in Portmore, St Catherine, were taken into custody on August 8 and charged with malicious destruction of property and housebreaking.

The complainant said that she packed up her furniture and covered it with tarpaulin, but that the men had moved a sofa and bed inside the room which they occupied.

“They came through the roof and were living there comfortably, oh my goodness,” said the visibly upset complainant.

According to the woman, when she entered the house one was on the bed and the other on the sofa and she called the gardener to guard the door while she went for the police. On her return, she was told that the men had run away.

“The gardener was there with a machete. I don’t know why he didn’t chop them up,” she said. “If I was there, the police would be arresting me,” the complainant stated.

The woman said that she had previously boarded up the roof as this was the eighth time that they had broken into it.

But the men denied that they were living there.

“I was coming from stadium when my friend told me that I can spend the night at his house,” Bryce said.

However, he said that when he got there he questioned why the gate and grilles were locked, but his friend told him to jump over the gate and to climb up on the roof and when he did, he fell right inside the house.

According to Harris, he only went to the premises to deliver a bottle of soda, bread and a jar of peanut butter for a friend.

But the complainant challenged their story. “They spent more than a night there because when I went there the place was stink, as there is no water there,” she said.

The complainant told the court that they also destroyed the beams and lathe and sold some of her furniture.

“Can you imagine that they left 11 bags of faeces on my verandah,” she said. “You should see wigs, cosmetics…,” she added.

The complainant said that they also took some of her clothes.

“If they want to cross-dress why use my clothes?” she asked.

The men however stuck to their story that they were not living at the premises and that they had not destroyed the roof as it had been rotting.

But Pusey berated them for their action which she said was a growing trend which should be nipped in the bud.

But before the men were sentenced, Bryce’s employer, who had taken him on as a gardener, tried to persuade to court to have mercy on him, claiming that he was not a person of bad character.

His words however fell on deaf ears, as Bryce and Harris were in the end sentenced to two years for housebreaking and one year for malicious destruction of property which are to run concurrent to the two-year sentence.