This post is based on an email that was sent and in no way reflects the views and opinions of ''Met'' or Jamaicanmateyangroupie.com. To send in a story send your email to likeacopcar.78@gmail.com
August 2, 2016 10:52 am

SHOULD HE RELEASE HER VIDEOS OR NOT?

Met,
I live in the USA and have been involved with this girl from Ochi for a couple of years.
We met At a hotel where she worked after she saw me there with another girl .
She came to my hotel in Kingston the next week to meet me and we had sex and have been having sex every time I am in Jamaica .
I found out she got pregnant for another guy and we broke it off.
After the baby was born she told me she and the father broke up because he beat her and wasn’t taking care of their daughter, so we resumed the long distance relationship.

We never had sex since her baby born except one time she came to my hotel and gave me a bl*wjob. I made a video of it with her consent of course. 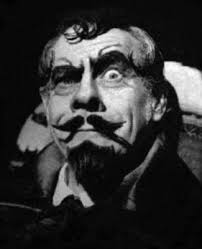 Every month this girl has been pressuring me for money. I send her no less than $1000 every month , sometimes more than once in a month. Always in exchange for some nasty videos and p**y pictures. Sometimes she is at work in her uniform in the bathroom, sometimes of her having s*x with her girlfriends etc. She knows I like these things so she always sending them when she wants money.
Other times she claim she has the flu or her baby sick or her light about to cutoff or she doesn’t have her car payment and the bank about to seize of car or she is driving without insurance or her phone break and she need the latest phone to make me more nasty videos .Always demanding money.

I always knew she was lying, but because of my addiction to her nastiness/freakiness , I western union her the money same way.

I’ve caught her in so many lies , even claiming she just baptize (yet send me p**y pics the next week). But I still didn’t confront her or break it off .
Then I notice that some days she block me in whatsapp then unblock me the next day.
I use whatsapp on my phone and realize that whenever she does that it’s because she put up a picture of her real man on those days .
I found out she and this man together for a year now. She even caption the picture “Happy Anniversary”.

So Met, I know that a lot of men when they find out these things the first thing they do is take revenge. They will send you videos of the girl sucking their di*k or having sex with other girls or even send them to the next man. I have many those pics and videos and voice notes from her , But I decided to ask you and your readers what you think first , rather than “done the gyal” out of revenge.