This post is based on an email that was sent and in no way reflects the views and opinions of ''Met'' or Jamaicanmateyangroupie.com. To send in a story send your email to likeacopcar.78@gmail.com
February 11, 2016 7:51 am

Met this is a message for Ms Shelly-Ann from London, Peckham.

Shelly-Ann ah walk up and down the streets of London and ah talk seh people bad mind her and that her ex friend dem Twana, Melissa, Nicole, Lisa and Junell vex because she do breast surgery and bum lift and that Junell all wants her man.

Shelly-Ann I want to remind you this, Junell does not want your man, worse he cannot travel. Please remember that you meet Andre Edman in prison, you was just one of the many girls that he had inside Holloway. You say that your “p**y is super tight” thats why Andre left his wife to be with you. Can I remind that his wife kicked him out thats why he run come back to you. We know that you set up his Facebook page posting pictures of only you and your son, he does have other children you know. Leave the girls alone, what would they want with your deported man!

You need to be reminded of why your in the situation you are in now.

Reminder on page two and photos

The spouse of Andre Edman, 36, sent letters containing sexual references she had found from Lauren Lafayette-Ede, 19, to the governor of Holloway Prison

Enter your e-mail for our daily newsletter
Subscribe
Teri Pengilley / Daily MirrorUnsuccessful appeal: Edman engaged in sex acts with teen as she delivered food to various floors
A male prison guard was jailed for four years after secretly having sex with a teenage inmate whilst working in a women’s jail.

In a situation straight out of hit HBO show ‘Orange Is the New Black,’ Andre Edman, 36, was working as an operational support officer at Holloway Prison between March and May last year, when he began a “full sexual relationship” with a 19-year-old prisoner unbeknown to anyone else in the jail. 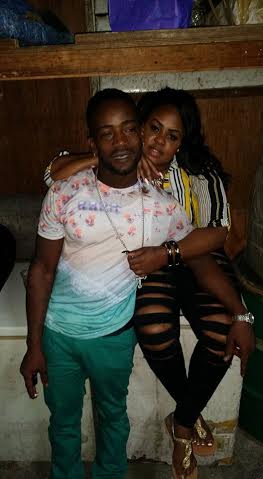 Edman’s wife “ended the marriage immediately” and sent the letters to the governor of Holloway, who suspended Edman and informed the police.

He was convicted of three counts of misconduct in public office at Blackfriars Crown Court on May 22 and handed a four-year sentence.

He argued that he was a victim of “gender disparity” and had been treated more harshly than a woman would have been in his position.

The court heard Edman took advantage of the fact that his lover had a job delivering food from the kitchens to different levels of the prison.

He secretly engaged in sex acts with her whilst in the lifts between floors.

However, his lawyers argued his sentence was far too long.

Lafayette-Ede, they said, had “voluntarily engaged in sexual activity after she became attracted to him”.

The court was also pointed towards a previous case where a female prison officer had a sexual relationship with a male prisoner, but received a much shorter sentence.

But Mr Justice Spencer threw out Edman’s appeal, saying that Lafayette-Ede had been vulnerable because of her age and he had taken advantage of her through his position of authority.

“This was a severe sentence, but no more than that, and this appeal is dismissed,” the judge concluded.