This post is based on an email that was sent and in no way reflects the views and opinions of ''Met'' or Jamaicanmateyangroupie.com. To send in a story send your email to likeacopcar.78@gmail.com
December 1, 2014 10:33 am

Met,
I am so sick of Philly dutty drunkro promotas and partys! This week was Dan Dan cheap and clean party. it is the biggest party for the year for Philly this year was biggest. imagine me and my fren cum to Philly the place ramm past maxx and the people start fight and shoot in the party. It was the worst night ever and me come from worst part of jamaica and never see this yet bout 8 mins shootin and fight b4 light even come on and people caan get out. Bey trampling and man a step pon woman a try get out. My fren ankle broke cleen and my cuz get stitchs in her face.

So many people get run dung an ova in deh but DA WORSE is the dutty nasty promota dem a laff up bout it like big tinkin ugly Tranny Veechy and Big sour battyman Gansgsta Vibes and batty man Damion. Tru dem waan make a money promoting dem laff up bout dem never get celfie like any bady a look pon dem. and a promote KellyStarz party nex week. F**k Kelly and her party. Nuff people glad to be alive. Met true dem big bitch donn love dem life or them kids dem a worry bout going to next party and picture. Dem nuh luv dem life and dem fi go look a job so dem don’t have to encourage f**ry to get a money. Veechy, Gansta Vibes, Damion, Kelly, di whole a uno wutless and fi go get a life and job!

Dan Dan you greedy and ur flyers everywhere say a your party so you liable fi security an wha happen to people. Baa broke up people and bloody people when we finally get out of dat shit house place.

God Thank you fi getting me and frens out. All I wanted to see was my kids. Mi wutliss fi go in a dam trash yard fi party but now Im out I wont be back in Philly slummy dancehall. Tink mi no luv myself or my kids. F**k of Veechy you illetrate like! It dohh funny none at all it disrespectful to everyone hurt and ur kids! 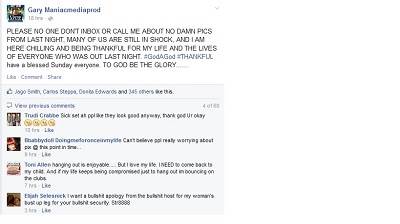 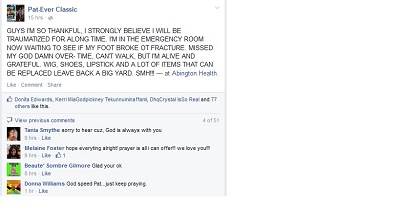 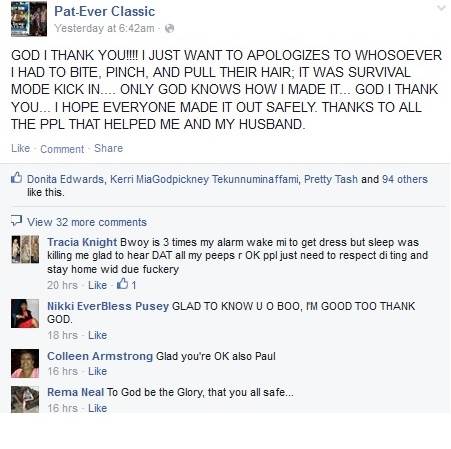 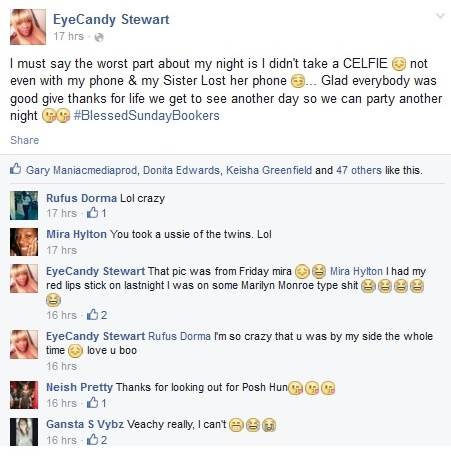 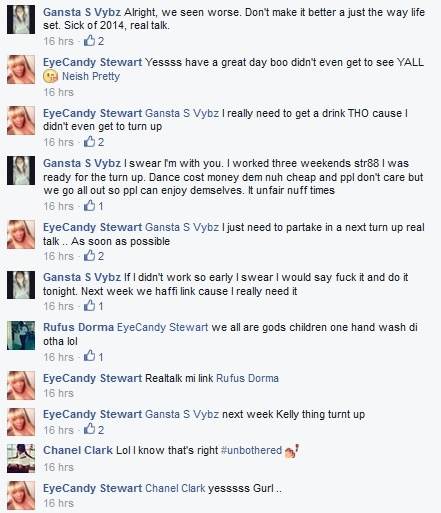 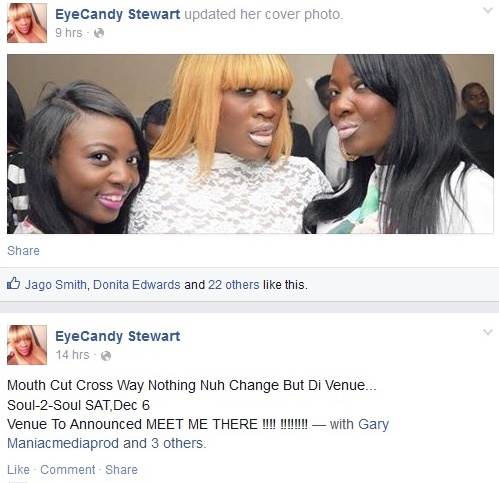