This post is based on an email that was sent and in no way reflects the views and opinions of ''Met'' or Jamaicanmateyangroupie.com. To send in a story send your email to likeacopcar.78@gmail.com
November 29, 2013 7:52 am 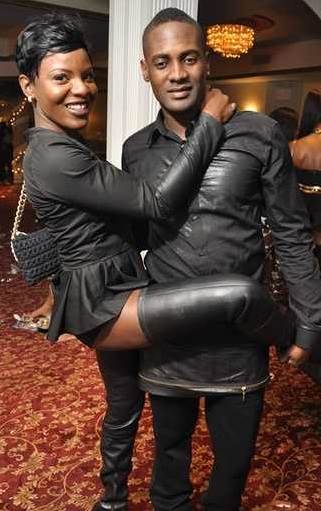 Really & truly I am in complete shock!
Daffy did look sad though not even a speech from him. He was at the bar whole night working at his own party.

Shawna Star, Star Barbie nuh stop banton each other in the middle of the dance like shereece sit tf down
You n Shawna both pop tf down unu time done!!! It’s so OLDDD with y’all

Kim possible showed up without sweets n dolly which is ever so normal these days. Outfit was cute but seem like She Neva like nuh body inna d middle face screw up whole time.

Now the biggest part of the night::

DAFFY WHY THE FVCK YUH AV
SO MUCH BLOODCLAAT BATTY MAN INA U DANCE???? THE DANCE RAMMMMMM WID BATTY MEN IN SKIRTS N ALL TYPA FCK UP GET UP .. Texting & FLIRTING WITH THEIR MEN JUST OUT IN THE OPEN.. I must say I’ve been going party like forever & dancehall changed a lot of new faces & most if not all of these new men are gay. Sh*t no man nuh look mi met this man cursed me out for stepping on his shoe. Wtf!!!!

Lava start do up d batty man dem & as soon as him start the video light go right pon all a dem put them in the spot light.. But met a who tell dem fi go do dat d dutty c*ck sucker dem start talk up inna d video how dem tek man and so what dem suck dick n so what how dem batty good met mi couldn’t believe mi bloodclat eyes & in the midst of it all here comes MOSES BL**LAT 3000 Walkin up in the middle with the faggots n ah buss blank I dee tell unu seh d bwoy is a fish!!! Moses mi catch u p**yhole u not low batty bwoy. Mi only hear lava say “mi nuh have ntn more fi say” Shake him head play one more batty man chune n walk off. Soon and very soon the gays are gonna take over the Jamaican parties for spite n because they can, they were in there DEEEP in groups felt like I was at a gay club ! It’s over for everything I don’t wNt a next yard man !!! Why would these gay Niggas be in a party every pan knock if dem man nuh deh there or dem a look someone Weh dem know gay!! Pare flirting mi say .. Oh GQ Dwight mi see yuh n yuh boo a MAN that is poppin champagne n blushing u too b**dclat nasty. Daffy u gotta control your faggot friends boo dem too unruly. Somebody need fi knock dem out with a baseball bat! The scene is in transition a lot of new people Likkle pikny new bitches new niggas & it’s TRASHHHHHH!