This post is based on an email that was sent and in no way reflects the views and opinions of ''Met'' or Jamaicanmateyangroupie.com. To send in a story send your email to likeacopcar.78@gmail.com
July 2, 2014 6:00 am

THE CURSE OF BACKWARDNESS-GOOD MORNING 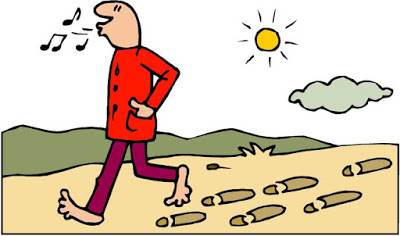 The curse of backwardness

Every human being primary and secondary purpose is to serve God and his kingdom and to increase, develop and mature as he progresses throughout his earthly existence. This is so because man’s destiny is always ahead of him and it will always be as a result of his consistent forward progress that will take him to his God intended destiny.

In fact if you were to observe carefully, just about everything in nature has a beginning and it will continue to mature or grow until it arrived at its end or destiny. Therefore everything that was made by God with the purpose to grow, progress or increase and it’s not achieving that purpose; I can guarantee you its experiencing some form of frustration.

Now, in order to understand a curse one must have knowledge of a blessing simply because a curse is just the opposite of a blessing. According to scripture a blessing which is spiritual (non-tangible) empowers one to physically achieve what one could not have achieved under normal circumstances. The evidence of this is found in Genesis 1:28, which says the following, “And God blessed them, and God said unto them, Be fruitful, and multiply, and replenish the earth, and subdue it: and have dominion over the fish of the sea, and over the fowl of the air, and over every living thing that moveth upon the earth”.

So as you would have read in order for one to be fruitful, multiply, replenish, subdue and have dominion over anything, his creator must invoke a blessing upon him. Well, the opposite is also true, when one is cursed, again which is also spiritual, that person can not be fruitful, multiply, replenish, subdue or have dominion over anything. Therefore, lacking the ability to perform these functions he now exists in a backward or reverse state.

Millions of people the world over are under this curse and are not aware of it; in reality most of them have accepted it as a normal way of life. For example at age 40 you have no children, never been married, own no real estate, your dress code resemble something dug up from the 1960’s. You have no desire to advance or educate yourself, no motivation, and no goals. Operating or learning modern day technology for you is equivalent to having a root canal done. If you do own a car it’s probably something Noah used when he came off the Ark. All of the above my friend are clear signs that you are under a curse of backwardness.

Let us go a little deeper, the curse of backwardness has two main objectives and they are:

To set up strongholds in its victim’s mind, so that the victim would repeat failure and backward behavior that appears normal to them.

To spiritually bind or cage its victim’s spirit, which will automatically prevent the victim from ever maturing, developing, increasing or progressing physically?

Folks I am fully aware that this all sounds far fetch to you but the reality of this is portrayed in our society everyday. Just for a second, think about that young man or woman who is far younger than you are consistently begging for money and disgracefully dressed, walking aimlessly on the streets. Think about that person that sits home all day with zero ambition and refuses to work. What about that wife who refuses to clean and cook for her family but is quite comfortable living in an untidy environment and sees absolutely nothing wrong with such behavior? What about that person who is highly educated but settles for mediocre jobs? Procrastination and laziness literally subdues this person Again, all of the above are signs that something is terribly wrong.

For the most part the evidence of this curse is revealed in our dreams. For example are you having dreams about yourself being in primary school, high school, or dreams of always being in your childhood home particularly your Father’s or mother’s house maybe even your grand parents house? What about dreaming of yourself always being on a former job or a placed that you once lived such as an Island, country, state etc. These are all symbols in your dreams indicating backwardness. Meaning, your former jobs, schools, childhood home etc are places that you have already completed throughout the course of your life. So if you’re having these dreams then the dream is indicating that you’re going backwards, always starting over, never making any real progress.

As usual let us look for revelation in the scriptures to unlock this very common mystery. In the book of Ecclesiastes 5 some very interesting comments are made by King Solomon in regards to this curse of backwardness. In verse 16 of the said chapter Solomon said the following, “And this also is a sore evil, that in all points as he came, so shall he go: and what profit hath he that hath labored for the wind?” in order to get the full understanding of this scripture, we must understand the phrase “a sore evil” a sore evil literally means a curse, so in essence King Solomon is saying it is a curse for a man to enter this world and achieved nothing within his life time, he then asks the question, what does he have to show after working so hard for absolutely nothing?

The truth is we will all leave this world taking nothing with us, but the real question is what did we accomplished, what did we achieve, whose life, environment or world did we impact? Secondly, what prevented us from achieving, where did it all began, especially when you consider the fact that we were not in prison, chained, anchored or restrained in any way that would have been understandable for our non-progress, and non-development and immaturity.

I don’t know who you are that’s reading this article, what I do know, is that it is not by chance or accident but God has led you here to open your eyes to the understanding that you are currently and have been for sometime now under this evil curse of backwardness. My friend It is impossible to propel forward accompanied with this curse that has setup a stronghold in your mind meaning it has and will continue to influence you to think in a defeated backward pattern. The evidence of this will display in your everyday behavior via you not progressing.

The curse of backwardness operates on the law that says, “So a man thinks in his heart so he becomes” Proverbs 23:7. The heart in this text symbolizes your mind, so who or whatever controls or influences your mind literally controls you and has made you a prisoner to the curse of backwardness. In fact Ecclesiastes 5:17 (NIV version) clearly states what this cursed individual life will be like, “Moreover, all his days he eats in darkness in much vexation and sickness and anger”

There was a cartoon character that aired on television years ago by the name of GI Joe, his most noted words were, “KNOWING IS HALF THE BATTLE”. My point here is, now that you know it is now time to fulfill the second half of the battle and that is to DO SOMETHING NOW!

Begin by confessing to God that you are under this curse of backwardness. Then remind God of his word that says, “Christ hath redeemed us from the curse of the law, being made a curse for us: for it is written, Cursed is every one that hangeth on a tree” Galatians 3:13.

Tell the lord you are tired of living a life of defeat, and backwardness. In fact, I want to come in agreement with you this very moment, while we ask God together to break every stronghold, chain, cord and anything spiritually and physically that is remotely associated with this curse of backwardness.

I am agreeing with you my friend as we ask God together to renew your mind so that you can now decipher the things of God, think clearly and begin progressing in life according to Romans 12:2. Finally we agree that this day will be the last day this curse of backwardness will ever have any hold on you in the mighty name of Jesus Christ. Amen!