This post is based on an email that was sent and in no way reflects the views and opinions of ''Met'' or Jamaicanmateyangroupie.com. To send in a story send your email to likeacopcar.78@gmail.com
June 6, 2016 6:00 am

THE BATTLE OF EVIL ”BUT”- GOOD MORNING 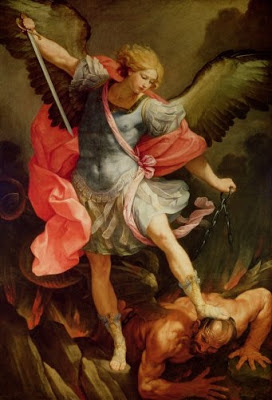 THE BATTLE OF EVIL “BUT”

Battles of Life.
1. The world is not a playing ground. it is a hot battle field.
2. In the battle of life, you can not be neutral. it is life or death, heaven or earth
3. In the battle of life, you either fight or perish.
4. The two most effective weapon of the enemy is ignorance and discouragement.
5. All serious christian as a matter of necessity will attract satanic attention.
6. The enemy does not grant freedom…No! it must be demanded.
7. The enemy is an obstinate fighter and will not yield unless it must/was yield.
8. Christians are not civilians but soldiers.
9. The only language the enemy understands is violent and total defeat.
10. Just as the magicians in Egypt imitate the power of God in the days of Moses, the devil is still counterfeiting the powers of God today
11. We fight unseen forces as Christians
12. Your progress in the battle is dependent on the battle you win or lose
13. Noone is excused from the battle of life.
14. In this battle, daily causalities are regular occurrences.
15. The more colorful your destiny is, the harder your battle is.
16. The devil has no mercy!
17. When fighting dark powers, there is no decency or civilization.
18. To underestimate the power of the enemy can be very disastrous.
19. Your parentage will determine the battle you will fight.
20. To the glory of God, we have superior equipments, weapons and powers.

*** As powerful Naham was, BUT he was a leper***
***History is filled with great men and women who had a “BUT” in their lives***
*** Only one “BUT” can wipe out all your fantastic positive qualities.***
***Gehazi was supposed to be one of the strongest prophets in Old testaments but he had a “BUT” which finished him up***

=== Any demon sent to prolong your journey shall die IJN

***David an excellent psalmist,a musician, a powerful warrior but he had a giant “BUT” called Sexual immorality****

what to do?
Surrender your life to Christ
Confess all your sin before the

rd
Believe in his prophet.
Pray against any spirit of BUT in your life

Seven Anti-BUT prayers………………..
1. Powers that has padlocked my Marriage…release the key and die.
2. Powers that has swallowed my Marriage….vomit it by fire.
3. Garment of reproach, catch fire.
4. Every evil marital pattern of my father’s house, Die
5. Opportunities wasters, Opportunities aborters, die.
6. Powers assign to against marital laughter, you are a liar, Die
7. Every powers mocking my prayers, you are liar, Die
8. Shout your name………Hear the word of the Lord, Arise and shine. IJN