This post is based on an email that was sent and in no way reflects the views and opinions of ''Met'' or Jamaicanmateyangroupie.com. To send in a story send your email to likeacopcar.78@gmail.com
October 29, 2014 6:00 am 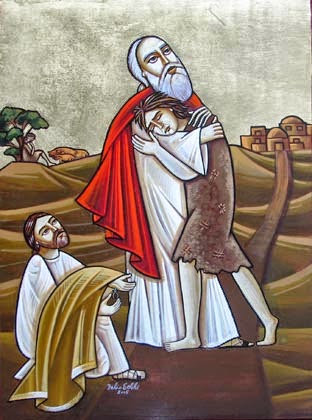 God will position you to where you should have been at this point in your life.
The story concerning the prodigal son is an interesting one, in that when he finally came to his senses in deciding to return home; not only did he returned to his former residence where his Father and family lived, but amazingly his Father restored him to where he should have been at that point in his life.

Scripture clearly says, that when the prodigal son’s Father saw him afar off he had compassion on his son hugged him and kissed him, obviously being overwhelmed by his son’s return. The son after admitting that he had sinned against heaven, and in the sight of his father, He said, “I am no more worthy to be called thy son”, it was at this moment that the Father said to his servants, “Bring forth the best robe, and put it on him; and put a ring on his hand, and shoes on his feet: And bring hither the fatted calf, and kill it; and let us eat, and be merry”. The key to God advancing you to where you should be at this point in your life begins with you getting back into position. The prodigal son could not be advanced to where he should have been at that point in his life outside of returning to the one who was able to make it happen for him. Please read carefully what I am about to say next, it will only be when you make it right with God and man that you will qualify to be advanced to where you should have been at this point in your life!

Why not make the decision right now and Confess to God and those you’ve wronged and like the Prodigal son abandon your pride in order for spiritual restoration to take place in order to make way for physical restoration in your life.

What is so interesting about this story, is that the son was restored to where he should have been at that point in his life, even though his brother wasn’t please with the Father’s decision, seeing that that he was the one that was always faithful, committed and stayed at his Father’s side. I want to say to someone today, that God not only wants to restore you but he wants to position you to where you should have been at this point in your life. In spite of what you have lost, how much of your time you have or others have wasted or the non-approval of others, it is still God’s desire to hurl you to your rightful position at this point in your life.

“Lord we decree and declare on this glorious day; your word that says you will restore unto us the years that the locust hath eaten, the canker-worm, and the Caterpillar, and the Palmer-worm, Joel 2:25.
We further stand on your word and command Satan and his agents to restore unto us seven fold of everything he has stolen, inclusive of the substance of his household according to your word in Proverbs 6:30-31. Father! Advance us in this day to where we should have been at this point in our lives in the mighty name of your son Jesus Christ. Amen!