This post is based on an email that was sent and in no way reflects the views and opinions of ''Met'' or Jamaicanmateyangroupie.com. To send in a story send your email to likeacopcar.78@gmail.com
August 25, 2014 6:00 am 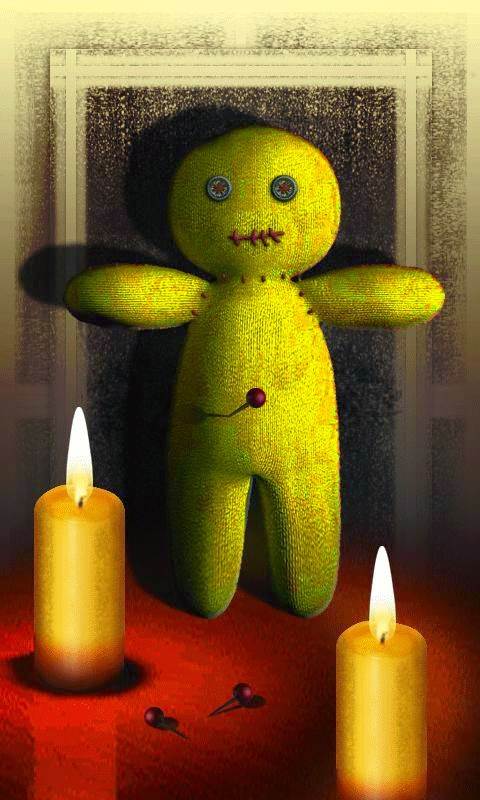 Well, such dreams and many more like them are clearly revealing a spirit of sickness and infirmity that is attempting to invade the dreamer’s life spiritually that if not challenged with prayer and in some cases fasting will manifest unexplained physical illnesses. Such dreams prey on the ignorance of the dreamer by convincing the dreamer that their dream was just that, a silly dream! Neglecting the spiritual fact that even though their physical body is at rest, their spirit man is wide awake eating, drinking and participating with spiritual things in their dream that’s working against them.

I met a man once that told me he was bitten by a large black snake in a dream and ever since the dream, he was in and out of the hospital for unexplained illnesses. What this person did not realize was that the snake in the dream which was spiritual bit into his spirit injecting him with spiritual venom/sickness. The man in his spiritual ignorance never cancelled or rebuked the dream to prevent the physical manifestation of what was done spiritually, simply because he was ignorant of such spiritual knowledge. This is just another case where the law of ignorance will run its course, thus, “My are destroyed because they lack knowledge”, Hosea 4:6.

As a result he had spent a great numbers of years wasting his money on Doctor visits, false prophets telling him lies, overseas Doctor referrals, unnecessary medications that were increasing his medical problems and not to mention the mental frustration due to no conclusive answers or solutions being offered to his medical situation.

There is an interesting scripture in Luke 16:19-31. In this particular text a certain rich man and another man identified as a beggar known as Lazarus; scripture records that both men died and from verses 22-31, these men are being described as still existing after death, even though verse 22 clearly said that they both died and were buried. Surprisingly they still possess their five senses in their dead state particularly the rich man who was able to taste, see, feel and hear.

Now, as a reminder these guys are physically dead but clearly their spirits are still continuing to live but only this time from a spiritual state in the spirit world. It is this same spirit that controls our human bodies. So whatever happens to our spirit man while we are alive it automatically will mirror our physical body. This is why we have to take our dreams seriously especially when we experience in our dreams the examples I have provided above.

Let’s take it a little deeper. the apostle Paul spoke of a celestial body and a terrestrial body. Simply put a celestial body in, 1 Corinthians 15:40. However, he also mentions that a human body is sown or buried as a natural body but it will be raised a spiritual body, then he elaborates that there is a natural body, and there is a spiritual body.1 Corinthians 15:44. All I am saying my friend is that those who are spiritual understands that they could change the course of a person’s destiny by challenging that person from the spirit realm. Whatever has been done to them from the spirit realm will again be displayed in their everyday life if there is no resistance against what has been planted spiritually.

Balak, the king of the Moabites had a clear understanding of this spiritual truth. He realized that himself neither his army was no match for the nation of Israel. In fact he was told how the children of Israel had defeated sihon the king of the Amorites and their armies along with Og the king of Bashan and his armies. So Balak knew that in order to have a chance at defeating the children of Israel he would have to launch his initial attack from a spiritual perspective by placing a curse on the nation of Israel and by so doing they would be disabled physically. Witchcraft places the human spirit in bondage spiritually, thus setting limitations on the victim. The victim of course believes that he’s in control when the truth is he’s being influenced and controlled by evil spirits assigned to him that has program him for defeat, failure, death, sickness etc.

Scripture records that King Balak sent for the prophet Balaam, to pronounce a curse on Israel, “Come now, curse this people for me, since they are too mighty for me. Perhaps I shall be able to defeat them and drive them from the land, for I know that he whom you bless is blessed, and he whom you curse is cursed” Numbers 22:6. Scripture goes on to say, “So the elders of Moab and the elders of Midian departed with the fees for divination in their hand. And they came to Balaam and gave him Balak’s message” Numbers 22:7. Long story short King Balak summons Balaam the prophet to curse Israel (disable Israel spiritually) and king Balak’s reward to the prophet Balaam would be a payment given to him for his divinations.

This passage of scripture serves as proof that when folks can not defeat you physically, they would consult with witchcraft workers to subdue you spiritually in an attempt to overcome you physically. Nevertheless, God would not have us ignorant of the devices of the enemy, thus our dreams which are spiritual monitors are constantly revealing to us what is pending in the realm of the spirit against us. Giving us the opportunity to cancel and rebuke it in the realm of the spirit so that there would be no manifestation in the natural.

As a reminder God promised that he will allow nothing in the earth unless he reveals the secrets or mystery to his servants the prophets first, Amos 3:7. Now, I know you’re probably saying, “Hey but I am no prophet” Well let’s see what scripture has to say about that. “And the LORD said to them, “Now listen to what I say: “If there are prophets among you, I, the LORD, would reveal myself in visions. I would speak to them in dreams.” Numbers 12:6. So, are you a dreamer, do you have visions? Well according to scripture you are indeed a prophet. Therefore you should be in a state of expectancy as to what God will reveal to you via your dreams concerning you and even others.

Please! I can not emphasize enough your dreams are real however the reality of your dreams are from a spiritual perspective revealing what’s pending in the realm of the spirit either for you or against you. What you decide to do after the dream will determine your destiny.

“My people are gone into bondage simply because they lack knowledge” Isaiah 5:13