This post is based on an email that was sent and in no way reflects the views and opinions of ''Met'' or Jamaicanmateyangroupie.com. To send in a story send your email to likeacopcar.78@gmail.com
July 18, 2014 6:00 am 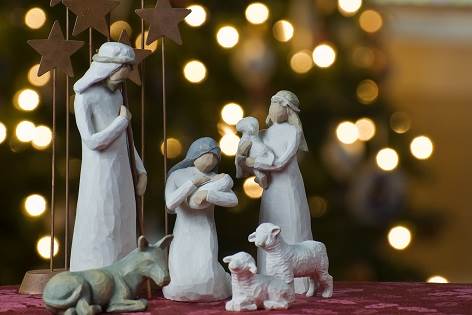 I am always stunned when I observe the behavioral patterns of kids, especially babies. Think about it for a second. A baby enters the world for the first time, yet this new born is furnished with the ability to control or should we say direct adults by his/her crying. When that baby cries we immediately run to their aid to comfort by trying several things to achieve that comfort.

We tried feeding, rocking, singing etc. until we are directed to the right source. At the same time the baby spoke no language, did no pointing or communicated in any common way. The point is, the direction the child wanted us to attain came only through our action. We still had the choice to remain still, which would have resulted in an irate child and frustrated parent.

Many folks that have made it into this year 2013 are somewhat frustrated with pastors, religious leaders and the likes, which open every year with the famous slogans such as: this is your year, this is your season, God has granted you favor this year etc. However, seemingly none of the above has happened, and you’re just not interested in hearing anymore of it.

The truth is they were probably right, the problem manifested when you became inactive to whatever has been said to you by these leaders. Folks are under this terrible illusion, that when their leader says to them God is going to turn things around for them, or prepare for a financial breakthrough, they just sit and do nothing and tell others, “Pastor said God will give me double for my troubles.”

Consider this, whenever a word is spoken over your life, isn’t it interesting how everything seems to go wrong, or go completely opposite to what has been said to you? Well I have news for you; this was God’s way of directing you to what he has promised you.

Our bible is clear and it states that there is a way that appears right to us, but at the end of our way is guaranteed failure or destruction (proverbs 16:25). When our leaders speak words over our lives, we then map out in our minds how it should happen. When our expectation has not been meet we become frustrated. Nevertheless, God has made it clear that his thoughts and ways are completely different from ours, and that his word can not return unto to him without accomplishing what he has said (Isaiah 55:8).

God expects you to take action when he gives you a word, your action will result in direction to his promise. Now, one might say, why don’t God just give me the direction, then I’ll just do it. Again, because he knows all things he also knows that if he just gave you the direction verbally; you either won’t believe or just ignore him, because it’s not the way you would do it, his verbal direction to Adam was not to eat the forbidden fruit quite simple right? Well we all know what the end result of that was.

God’s word over your life is always confirmed by almost immediate opposition, and challenges to that word, NOT YOU! Remember the parable of the sower (Matthew 13) in the interpretation of the parable Jesus repeatedly said that the wicked one which is the devil comes for the word and not the individual. Please cement this in your understanding; it is only because of God’s word over your life that you are being afflicted/challenged. Conformation of the word spoken over you is validated by the opposition you face after that word has been spoken. It is in these problems, opposition, challenges that will cause you to move or act in ways that you would have not done under normal circumstances.

To solidify my point lets go to the bible and look at a classic story that will reveal this awesome revelation.

In Genesis chapter 12, remember God had commanded Abram, who would later become Abraham to leave all that he was familiar with, and that God will not only make of him a great nation, but will make his name great and cause him to be a blessing to others. Now, in order for all of this to take place, Abram definitely needs resources.

Interestingly enough after God spoke all these words over his life, guess what happens next? Well in the same chapter verse 10 indicates that there was a famine in the land which would be equivalent to a recession. In the face of the famine Abram still believed the word over his life and continued in action.

Now, the famine caused Abram to go into Egypt something he would have never done under normal conditions or in a good economy. In verses 14- 16, it says that Abram and his wife Sarai deceived Pharaoh and Pharaoh gave Abram gifts, such as: oxen, sheep, donkeys, menservants, maidservants, camels etc. The point is, God’s word over his life was beginning to develop but not the way he would have planned it. Nevertheless, he believed the promise, welcomed the challenge of a famine, which directed him to enormous wealth…….. Praise God, Abram saw the bigger picture.

So folks all I am trying to make unequivocally and abundantly clear here is, behind every challenge, problem, difficulty resides a directive that requires your action. God has allowed the problem; remember he is all powerful, so he could have stopped it. Therefore two main things God is attempting to achieve here; A) he desires you to trust him and B) follow the direction he is pointing you in.

I would be remiss if I did not make inclusive this very valuable piece of information. The bible did not say all things were good, but that all things will work for your good, if you love God or if you are the called of God (Rom 8:28). This is vitally important to know because immediately when bad things happen we figure this can not be God. We then begin to fight what is seemingly bad, instead of investigating where God is directing us. Remember, the phrase All THINGS which is inclusive of good and bad, and God is and will continue to use the good and bad to bring about your good or his promise to you.

Finally, the direction for that bad marriage, broken relationship, difficult boss, dead end job, and a life that appears to be going around in circles all begins with you taking action, and believing concretely that all things must work for your good.

By: Kevin L A Ewing
Posted by Kevin Ewing at 10:24 AM Links to this post
Email ThisBlogThis!Share to TwitterShare to FacebookShare to Pinterest