This post is based on an email that was sent and in no way reflects the views and opinions of ''Met'' or Jamaicanmateyangroupie.com. To send in a story send your email to likeacopcar.78@gmail.com
January 4, 2016 8:47 am

I Support My Son – Mom Shocked To Learn Aspiring Barber Is Homeless, Says Living In Shelter Is His Choice 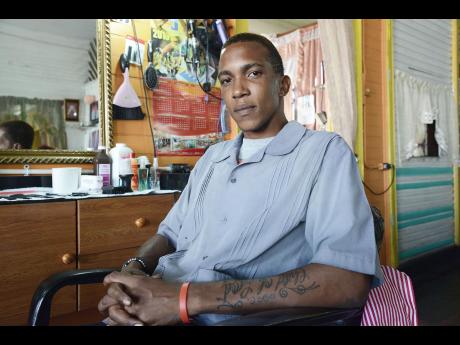 The mother of 27-year-old Horatio Brown, who recently shared his story about being homeless, said she was shocked by her son’s pronouncements as she has been supporting him financially for years, despite living overseas.

Brown’s mother said she only found out her son has been living at a homeless shelter after an article published in The Sunday Gleaner last week was brought to her attention.

But she said her son’s decision to live at a shelter was not due to him not having the financial resources to pay for accommodation elsewhere as she sends him money for rent and to attend school so he can become a certified barber.

“I am ashamed [to see] this story and Horatio needs to set the record straight that if he is living at a shelter, it is his choice,” she told The Sunday Gleaner.

Brown said in the article published last week that he had been living at the shelter since December 2014 as his father had died and he had not heard from his mother ever since she migrated when he was eight years old.

HEART TRUST STUDENT
He said during an interview at the shelter that he had been homeless since he was 18 years old, and a school ID he showed at the time confirmed that he was also a student at a HEART Trust/NTA training facility.

Brown has since admitted that he lied about not having any contact with his mother, and has since apologised for the embarrassment he might have caused her.

He said it was his decision to live at the shelter.

“I love my mother and she has been there all the time,” he said.