This post is based on an email that was sent and in no way reflects the views and opinions of ''Met'' or Jamaicanmateyangroupie.com. To send in a story send your email to likeacopcar.78@gmail.com
April 16, 2014 10:05 am 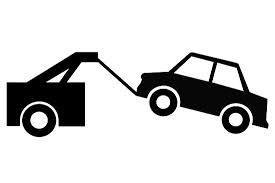 What Portia doing wid all dese cars she collecting? Where will di money go? Di people dem seh Jah Cure ina one piece a depression because all fi him car scrape whey gone den someone seh Desmond McKenzie son…Portia we want to see all dese monies and wi nuh waa di car dem pack up neatly and den area leaders sneakingly end up a drive up dem !@@%$%% if yuh a go implement the law nuh badda neatly tuck in one side and buss out ina di next side……….allow di people dem fi do di right ting and get back dem car and nuh set nuh price higher dan di car……ah hope a nuh artiste car alone a get tek whey doe…PORTIA..PORTIA…WE IS ARE WATCHING YOU