This post is based on an email that was sent and in no way reflects the views and opinions of ''Met'' or Jamaicanmateyangroupie.com. To send in a story send your email to likeacopcar.78@gmail.com
February 26, 2017 9:20 am

SELLING ON WEEKENDS TO SEND HERSELF TO SCHOOL

Stacy the survivor – Student during the day, market vendor on weekends 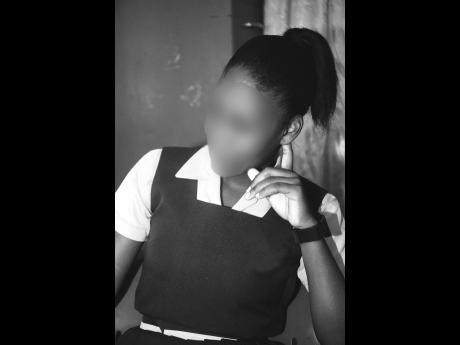 She is not yet an adult, but for the past three years she has been selling in the Coronation Market to provide for herself and her family, while still going to school.

To compound the matter, she has anger-management issues and is still dealing with the death of her sister who was raped and murdered in 2013.

While many others would be cursing their luck, 17-year-old Stacy Smith* says journeying to Kingston from Clarendon on weekends to sell ground provisions and vegetables is a move she does not regret.

“I have been doing this from I went into grade nine. That was in 2014, and it is the best thing I’ve ever done. I have my own money to buy whatever I want.

“My eldest sister, who also sells in the market, gave me the inspiration and she started me off, and I continued. She lives in Kingston, so when I go up on a Friday I sell on Saturday then leave money for her to buy back the stuff. I normally give my sister $3,500 and I would pay my taxi fare and buy grocery and take care of everything else out of the rest,” added Stacy.

In addition to buying whatever she wants, Stacy says she takes cares of all the bills at her grandmother’s house, where she lives with her uncle, sister and cousin, and buys groceries for the house and at times for her mother’s house as well.

“I have never asked anyone for help. I have even had to finance my mother sometimes; I buy grocery for her house and grocery for my grandmother’s house,” said Stacy, whose mother does live-in domestic work and returns home every two weeks.

“I will soon move from my grandmother’s house because I have to be doing too much. She wants me to pay light bill, buy grocery, etc. So it’s better I live on my own but I’m waiting to reach 18 years old.”

According to Stacy, her school-work has suffered as a result of her weekly trips to the market, and she once contemplated quitting school and going into selling full time, but decided against it.

Now Stacy is preparing to sit eight CSEC subjects, having completed her SBAs.

But school has not been easy for Stacy, who has struggled with discipline over the years. Her fights at school have led to her being enrolled in the Dispute Resolution Foundation’s Clarendon-based School Intervention Programme (SIP).

Stacy was pushed into the programme – which targets at-risk high-school students and provides them with child-friendly alternative dispute resolution services and training – last year, after she clashed with a male teacher, leaving him injured to the point where he was hospitalised.

The incident occurred when Stacy asked to be allowed to go to the bathroom, but was advised to wait.

“So I walked outside, went ahead and used the bathroom, as I had to go. When I came back he said I was not allowed in the class, so I walked past him to get my bag,” Smith recounted.

“He was there standing in the way saying, ‘get out of my class’ and I flashed him off, and he claimed that I boxed him, so we started fighting. I had a pen in my hand and I used it to stab him in the face.”

She was told not to return to the school, with the guidance counsellor suggesting she enrol in the SIP.

Based on the progress she made while in the programme, she was assisted in regaining her place in the school by Youth Peace Facilitator and mediator for the Dispute Resolution Foundation-Clarendon, Sandria Watkis-Madden.

Stacy and the teacher have since put the incident behind them, with him even helping her with printing her SBAs.

She has since had one relapse last month, clashing with a male student. “I was at school and a grade-10 student and I had a misunderstanding and I threw a stone at him which I carried in my bag,” Stacy revealed.

Despite this latest incident, Smith said she has benefited significantly from the SIP, as she has been helped with managing her anger, avoiding and dealing with conflict.

“It has helped me and it wasn’t my intention to get in another conflict,” said Stacy. “I tried to talk it out but he was still threatening me, so I just warned him by throwing the stone.”

Watkis-Madden revealed that the relapse coincided with the date Stacy’s sister, who was killed in 2013, would have celebrated her birthday.

But the SIP has done wonders for Stacy, and the little market vendor is preparing for life after high school.