This post is based on an email that was sent and in no way reflects the views and opinions of ''Met'' or Jamaicanmateyangroupie.com. To send in a story send your email to likeacopcar.78@gmail.com
December 18, 2016 9:21 am

CANCER SURVIVOR GETS HER LEG

Young cancer survivor gets her leg 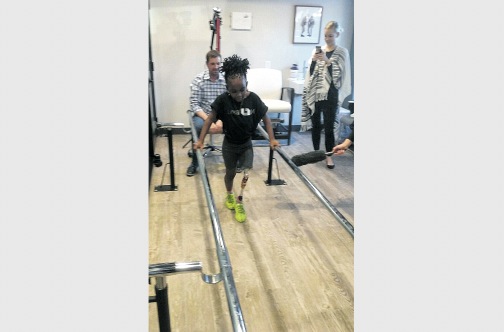 Rusheka gets accustomed to her new prosthesis donated by US-based orthotic and prosthesis company Limb Lab in Minnesota. (Contributed)

She couldn’t help but become emotional when she saw her daughter walk without crutches again.

Shecker Anderson admitted that last week when her six-year-old daughter Rusheka Goodhall received the prosthesic leg, tears of joy flowed down her cheeks as she witnessed what she thought was unattainable.

Rusheka, a cancer survivor, lost her leg to the disease as a toddler. She was diagnosed with stage three rhabdomyosarcoma Â­— a rare cancer of the muscle which attaches to the bone, in the head, neck, urogenital track, arms or legs. In her case, the cancer had also spread to the abdomen. 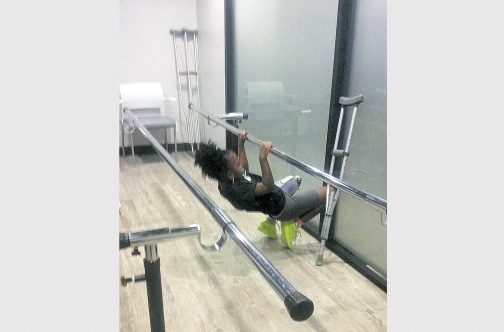 Her leg was amputated as apart of her treatment.

Last week, shortly after the story was highlighted by the Sunday Observer, the two left the island for Minnesota, USA, where Rusheka received a prosthetic leg donated by US-based prosthesis and orthotic company Limb Lab.

Unlike in previous years when her tears were because of a sad situation, Anderson’s most recent flow was a recognition of hope, which she believed encouraged her courageous daughter.

“Within no time she caught how she was supposed to walk with it when she saw me crying,” a grateful Anderson noted of the child’s training.

“She walk very good with it, but at times, what I realise is that when she has the crutches, it’s like she don’t remember seh she have on a leg; she like lift up the leg and just using two crutches. But if I let her use one crutch, she use the leg as how she suppose to use it or she even walk by herself without the crutch,” Anderson said with pride.

She pointed out that the prosthesis that Rusheka currently uses is temporary and is for her to become acquainted. 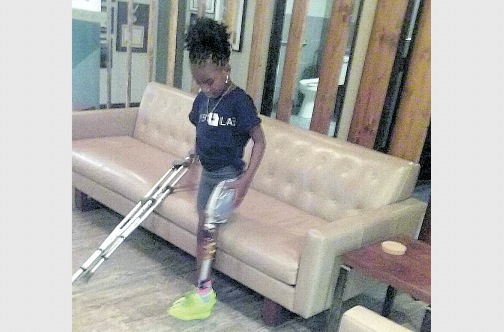 Amateur videos sent by Anderson shows Rusheka dancing and walking comfortably with her prosthesis as she goes through physical therapy training.

When asked whether they were liking the trip, Rusheka expressed her displeasure in the weather.

“Me like it, but it cold bad… up ya cold. Me would never come yah one next day when it a cold,” she said, as her mother stated it had been snowing since they arrived.