This post is based on an email that was sent and in no way reflects the views and opinions of ''Met'' or Jamaicanmateyangroupie.com. To send in a story send your email to [email protected]
August 8, 2014 8:00 am

SCAMMERS/NYAMMERS SOCIAL MEDIA HYPERS EVERYBADDIE A FEEL IT FROM UNNO 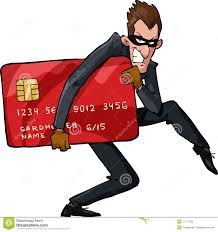 Go NY fi a likkle bit and come back thinking everything okay. When mi look $700 tried to go through on my credit card but got declined. Reason being I had decreased the limit after shopping. Good thing mi follow mi mind an do it because that’s why the purchase got declined. Called MasterCard and dem tell mi someone copied my card number and attempted to use it at Toys R Us in Bronx. These ppl wicked and need fi look gainful employment. You’re hurting innocent people!!

So post in case the scammer a read yuh site because mi deh home a laugh at how dem haffi lef everyting same place. I can only imagine what other victims who weren’t as lucky have to go through.