This post is based on an email that was sent and in no way reflects the views and opinions of ''Met'' or Jamaicanmateyangroupie.com. To send in a story send your email to [email protected]
January 20, 2014 11:41 am 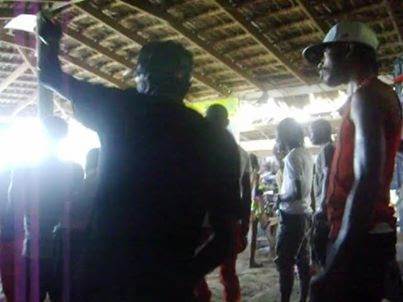 Friends and family of Clive ‘Lizard’ Williams, the young man at the center of the Vybz Kartel murder trial, do believe that he is deceased. When asked to describe the kind of young man he was, his friends say he was an amazing person but blame the Jamaican media for portraying him as a gunman.
Williams , was a young man from Portmore, St. Catherine who liked to dance and in two videos posted online, he could be seen dancing while his friends recorded his smooth moves. Viewers online questioned that, if he was really a gunman based on how he appeared .One of the videos was said to be recorded a mere eight days before he died. But who was Clive ‘Lizard’Williams and what role did he play in Kartel’s empire, how did he become missing and is presumed dead?
Let us explore some of arguments his family and friends proposed.
A friend of Williams, said he was a genuine and excellent person who got caught up in the wrong crowd at times.”A fun-loving man like him didn’t deserve what happened to him”. Lizard’s friend went on to say that it is depressing to see how the media ignored what may have happened to him and have instead, glorified the murder suspects.”What about Lizard’s shine, I am tired of seeing their faces, Lizzie’s life is gone and these people are still here breathing, what about Lizzie,”?

Inside sources have alleged that Williams was hacked to death with a Pickaxe not long after he was picked up in a taxi and taken to ‘the ends’. Chow, the leading prosecution witness testified that , the young man’s hands were held behind him by two men before they had killed him. It is also alleged that Lizard’s mouth was taped shut to keep the noise level down, and the method of killing chosen was trauma with a blunt object. This method was chosen allegedly because residents would have heard the shots if fired and may have alerted the police. The force of the pickaxe was said to have left Williams’ brain splattered on the wall of the room in which he was allegedly killed.

It is alleged that Williams was a regular guy and pretended to be tough in the presence of his friends whom he was tried desperately to please.Sources say, the chief murder suspect tried to break Williams in but it did not work. Williams was a timid amateur. Allegations are that; it was Williams who was contracted to do the shooting of a fellow member of the empire and he had failed terribly. In a song it was mentioned that , the person contracted to do the shooting, ”had wasted the boss’ money’ . Sources also allege that Williams may have been outed because he had used up his three strikes.
After the alleged contracted shooting of Black Ryno’s home without inflicting damage on the artiste, he was said to have earned his first strike. Williams was said to have been linked to the shooting and charged with possession of a unlicensed firearm. He was was said have been imprisoned for a few months, then released in May of 2011. Friends of Williams say, it was after that incident , that they had warned him to cease his involvement with the suspects, but this seemed to have fallen on deaf ears. The sister of Williams said during her testimony , that she had also warned him to stay out of bad company.

The second strike came when it was alleged that Williams along with another friend was told to ‘take care’ of another young man, sources say that Williams and the young were very close and he could not carry out the task he was asked to carry out. The final strike is alleged to have been the missing guns.

Questions were asked as to why Williams went with the men that day, if he indeed feared for his life and one of the responses by a close source was that ”He had no choice, it was either go with the men or to call the police, and his best option was to call the police and bring the whole situation to light, but who knows, his family may have paid the price. I think he sacrificed himself, even though he messaged his girlfriend to call the police, he knew there was no other way to escape”. Williams has been missing since. A party close to Williams said ”Him tell me about the gun war and a beg mi fi help him,to be honest I didn’t even take it seriously,I could never believe that di man dem wudda hurt the sed man dat a follow back a an worship him…..no sah”.
It is alleged that one of the key players in Clive ‘Lizard’ Williams’ murder was killed later that year in 2011. A certain high ranked solider associated with a clique known as ‘Clans’ from St. Catherine Jamaica . Sources say that, he was hunted down and killed because he was a part of the beating inflicted by the pickaxe , that allegedly killed Williams.