This post is based on an email that was sent and in no way reflects the views and opinions of ''Met'' or Jamaicanmateyangroupie.com. To send in a story send your email to [email protected]
August 8, 2014 9:00 am 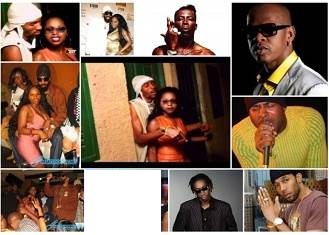 Inga ‘Foxy Brown’ DeCarlo
“I just like powerful dudes, even if he was just the dude on the block, but he just had that respect. That’s why my longest relationship with Spragga [Benz], my first true, true, true love, he’s a militant dude… He just stands for something.”
Her most famous relationship to Americans would be her very strange relationship with JayZ, but most Jamaicans remember Foxy Brown in terms of her very public relationship with one of Dancehall’s most talented; Spragga Benz.

Foxy happened on the Jamaican scene in early 2000 and as she said, she is enchanted by power so she went right to the top. Her first conquest was a one night stand with larger than life Shabba Ranks. Shabba was already involved and not looking to settle down , Foxy wasn’t looking to settle down either. That one night in Trinidad at his show was enough, both moved on and tried to keep their quickie a secret.
Inga was said to be a sweet and kind person at heart but clearly troubled. Most Jamaican men thrive off weakness and as confident as Inga appeared to be on the outside, she was a mess on the inside. Her family knew this and would call her often to warn her and tell her of any nightmares they had involving her order to steer her out of danger.
From Shabba, Foxy moved on to another Dancehall great, Mr. Vegas. The Dancehall artiste was said to be enchanted by Rapper’s kindness and caring ways. Word on the street was that Bounty killer took the Rapper away from Mr. Vegas but it was Foxy’s alleged promiscuity that caused the relationship to end. Sources say that Baby Cham, had caught the Rapper’s attention and after having sex with him she returned to Mr. Vegas whom she had a semi-relationship with at the time. It is alleged that Mr.Vegas found out that she slept with Baby Cham shortly before him and ended the relationship.

For years it was puzzling to many where the sudden tension back then between Bounty Killer and Baby Cham came from. With the information ascertained it can be concluded that tensions arose between the two because of Foxy Brown. Bounty Killer was allegedly next on the list and was said to have taken over Foxy from Baby Cham,based on his much more advanced inches . That involvement was also short lived.
Brown was said to have also had a short trist with Anthony Cruz and move on to Kurrupt.
Some of the deepest emotional scars Foxy was said to have inherited were from her relationship with the then Kurrupt. As his name suggested, it would seem as if his ” game” included activities that were indeed corrupt. Allegations of drug use by the artiste was said to have caused serious injuries to Brown; physically and emotionally. Foxy’s family was said to have called her about dreams they were having about her teeth falling out and waking up to see her pictures falling off their walls. This worried, but did not stop her. It was during her recovery from this relationship that sent her into the arms of her admitted longest relationship and only love, Spragga Benz.
Spragga was talented, intelligent a great lyricist and handsome. He is to date, the only Jamaican artiste that still holds the respect of his fans and was said to be the only man accepted Foxy for who she was.Both appeared to be in-love and inseparable and later engaged but didn’t marry. During the relations rumors swirled that Spragga was still involved with the mother of his children. She was still having children for the Dancehall artiste while he was supposedly engaged to Brown.It took him a while to find out about Foxy’s other involvements but when he did find out, he was uneasy about it.Allegedly, he was told by some that she was promiscuous. The relationship continued and even after the engagement was called off the two have remained close friends. Foxy has never been publicly involved with any man since.
Yours Truly,
Met pan di case…Eve next week
****Content roaches, rats and lice yuh see if unno a nuh Gleaner, Star or Observer..Low up mi tings. Low dem rite up yah because dem I sure tek from on a daily basis and unno determine same way doe?****
P.S
It was rumored that after Sean Paul became well known Foxy took her game to him but her brazen attitude threw him off. He was said to have told her that he and one of the men she was with before and him were friends.